Soil settlement is a natural occurrence of the ground shifting vertically over time. Because of this buildings sink; cracks appear on wooden or concrete flooring and walls. Though commercial structures are more susceptible to the sinking of the soil, your home is no exception.

The Types and Causes of Soil Settlement

The most common cause of soil settlement is the ground’s inability to handle the pressure of the structure above it. As a result the ground sinks, causing possible damage to the building. But this isn’t always the case, as a building can uniformly settle and suffer little to no damage to its foundation.

Differential foundation settlement occurs when the soil becomes uneven beneath the surface of a structure. The direct causes for this settlement are: dead loads and live loads.

Dead loads are constant, static forces constantly applied to the soil for extended amounts of time. These forces result in tension and compression on the ground. Due to this constant pressure, the soil sinks. The weight and structure of the building is a dead load, affecting the stability of the soil over time.

Live loads, on the other hand, are variants of moving forces applied on the ground. It involves factors like impact, vibration, and the dynamics of fluids. It has no fixed weight, as live loads depend on the impact at a given amount of time.

The number of people living in your house and the number of vehicles parked on your driveway are examples of live loads. Similar to dead loads, live loads affect the stability of the soil as well, though the force varies on the pressure applied atop it.

A lot of factors indirectly contribute to soil settlement. The soil can collapse due to underground infiltration, ground excavation, collapsed tunnels and mines, earthquakes, and extraction of oil and groundwater.

Usually, when water seeps into the soil, the ground easily erodes and crumbles. This is one of the most common causes of soil settlement. Excavations near heavy structures cause the soil to weaken as well.

Any type of pressure applied on the ground that disturbs the soil underneath triggers soil settlement.

Soil Settlement and What You Can do to Save Your Home 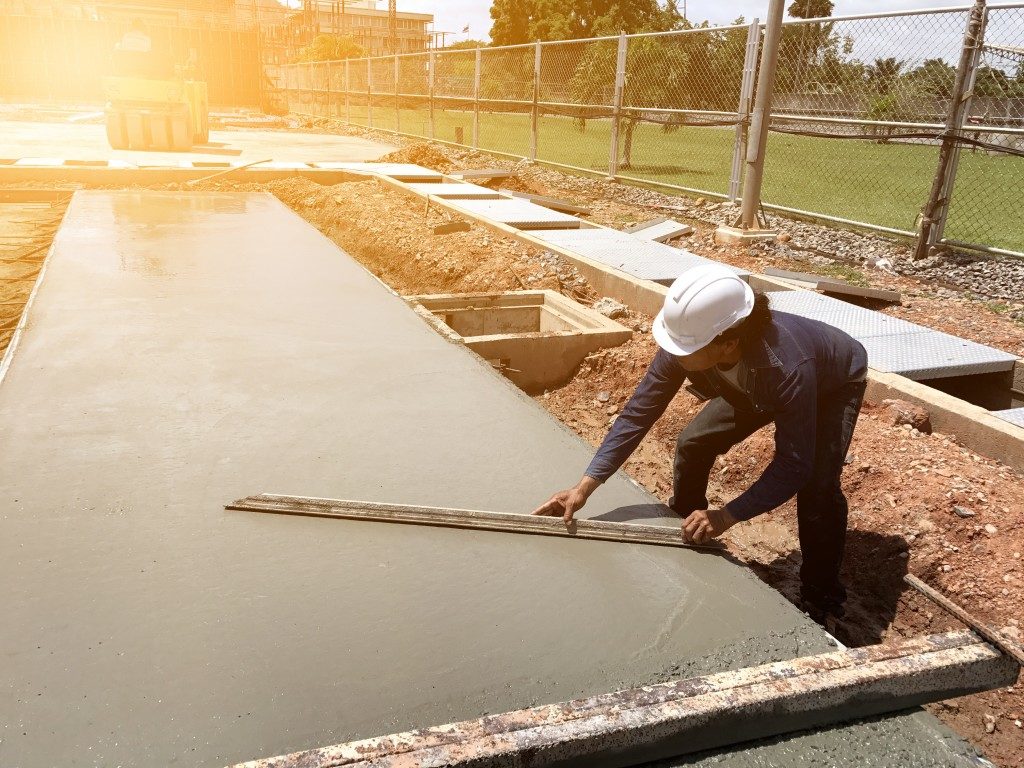 All structures built on soil are susceptible to land settlements. If your home stands on unstable land, soil settlement might occur sooner than you think.

The sites for residential and commercial structures consist of artificially leveled land; filled for ease of construction. When poorly compacted, however, the soil may settle and compress unevenly beneath the structure, which leads to structural damage.

Soil settlement is inevitable. But what can you do to save your home from structural damage? This problem is not something you can easily solve on your own. Structural engineers deal with this through concrete lifting and the use of piers underneath the surface.

Concrete lifting works by leveling the ground through slabjacking and structural foam leveling. Sunken concrete moves back to ground level through inserting grout underneath the surface. Once the material expands, the concrete lifts back up to surface

Helical and resistance piers or footings, on the other hand, provide additional support for structures to withstand future soil settlements. Newly installed piers carry the majority of the weight of your home. This way, in the event of another soil settlement, there is little to no structural damage.

Residential soil is susceptible to erosion, which is why you need to be wary of cracks on the concrete and on various surfaces of your home. This way, you can prevent structural damage from worsening in the future if the soil beneath your home settles.