Floss vs. Oral Irrigators: Which One Is Right for You?

It is important to remove plaque not just to prevent the teeth from discoloring but also to keep people healthy. One’s mouth is a gateway of many substances that enter their body, directly linking their oral cavity to their gastrointestinal and respiratory health. Brushing the pearly whites at least twice a day is one way to combat the growth of bacteria and the buildup of food debris. Note that both can cause health issues, from acute ones like odor or cavities to more serious ones like diabetes, cardiovascular syndromes, and even cancer.

Flossing is another habit that many seem to skip. Unbeknownst to many, too, flossing should be done as often as the teeth should be brushed. It does more than just dislodging those stubborn fibers of meat or veggies. The glossy string that one swipes between the teeth can remove even microscopic dirt that brushing fails to do.

With stay-at-home orders waning away, people can schedule dentist appointments. They then realize how fast a film of dirt can form on the surface of their teeth. The sudden deprivation had everyone resorting to alternative ways to deep-clean their teeth and gums.

It only makes sense that nimble devices such as electronic toothbrushes and even hydraulic countertop flossers were the rage since last year. Several dental care brands introduced cutting-edge gizmos one after another, claiming they can provide dentist-grade clean. On the other hand, many are still skeptical on whether a shot of water does the job.

These skeptics are not solely concerned about how oral irrigators are a tad pricier than the good old floss. They may have concerns that make them reluctant about these gadgets. They may not want to replace their biannual sessions with their dentist and digital dental lab services to confirm your condition.

The reluctance is only understandable. Learn more about using floss and oral irrigators.

Floss has been around forever. Because they are easily accessible everywhere, they are affordable. This affordable solution provides focused cleaning, wherein you can adjust the pressure you apply where needed. With this, you can effectively scrape off the film of bacteria in the deep crevices between your teeth. As such, this gem of a tiny tool is still preferred by those who observe a strict daily oral care routine.

When not done with moderate pressure, flossing can damage the gums to cause sensitivity and bleeding, which can be added issues for those who already have dental ones. Floss is also not ideal for brace wearers as the strings could break when rubbed against the metal components of the braces. This yields them useless for removing particles that may have gotten stuck in between the wires and brackets.

Traditionally, floss is made of a type of plastic called nylon, and so patronizing one-use cleaning tools like this is detrimental for the environment. Some brands developed floss from organic or plastic-free materials, but they are yet to go mainstream. At the end of the day, it’s all up to preference as some cannot wean themselves off of a good after-meal floss, whereas some can’t be bothered to floss, thinking it is such a hassle and takes too much time. 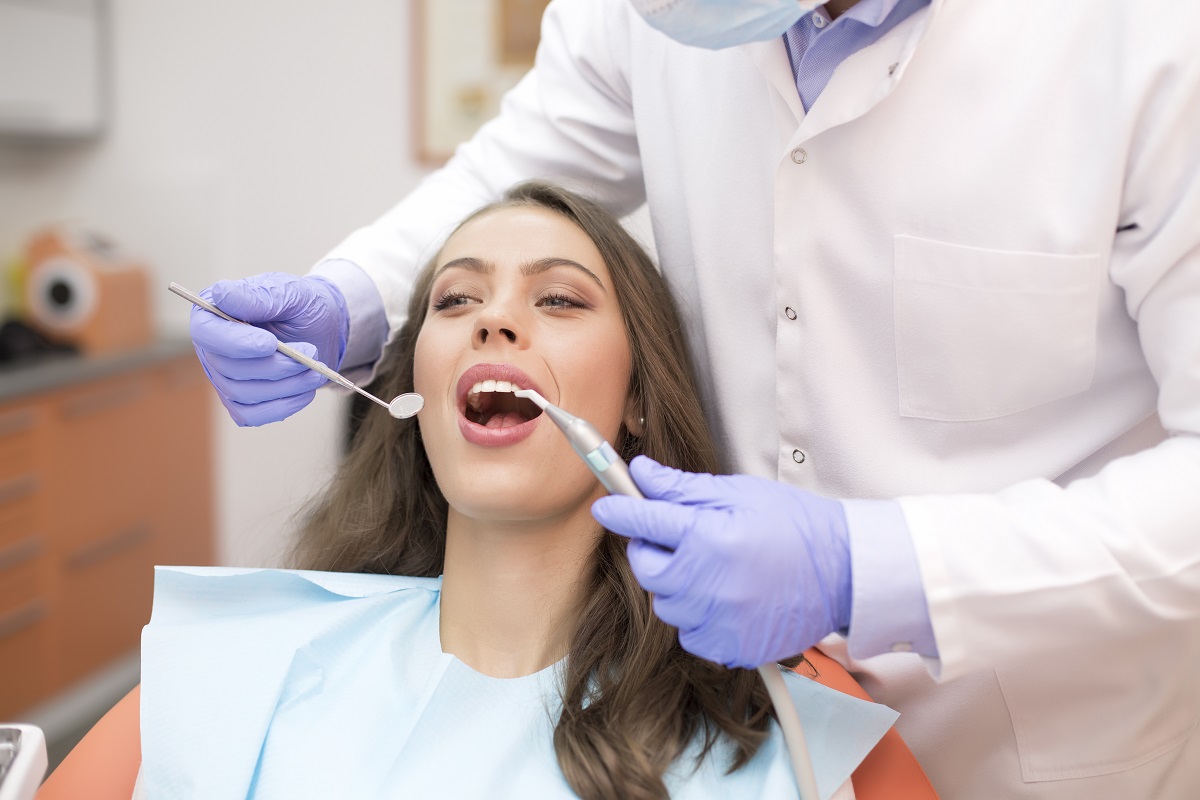 Oral irrigators, also called water floss, apply impressive pressure with little effort in thin water shots. As such, this is recommended for brace wearers and people who suffer gum diseases like gingivitis.

Some brands have developed specialized tips that target specific problem areas such as in between teeth, the plaque on the surface, the wires of braces, and even the tongue. Unlike floss, irrigators can flush out germs without being harsh to the gums. Another great thing about oral irrigators is that they are washable and, therefore, reusable.

While these electronic irrigators do a lot with just a press of a button, they are not efficient in removing plaque that stubbornly sticks to your enamel, especially between teeth. As such, it can be said that irrigating is more just like rinsing your mouth more intensely, and it cannot fully substitute flossing.

They are pricier than floss, too, costing roughly fifty bucks. Depending on how religiously you are willing to use and keep it in tip-top shape, you will know whether this investment is truly worth it.

This rundown can give you good insight on whether you should switch to oral irrigators or stay flossing with the conventional ones. Either way, it is best to have a trusted dental professional recommend an at-home care treatment according to your current dental needs. After all, if done excessively without any medical advice, these OTC options would only be futile, not harmful for you.