Hot Tub Time Machine: One of its Decade’s Most Hilarious Yet Insightful Films

A lot of folks are spending all this time during lockdown glued to their mobile devices and TV screens.

A good way of killing time during this lockdown period is watching funny movies, like Hot Tub Time Machine which was released back in 2010. After 10 years, we watched it again and still got some good laughs out of it, with a few great insights about life.

Disclaimer: This is definitely not a family movie!

The casting for the movie was well-thought of. Much of its success was hinged on the cast member’s performance. We are taken on a roller coaster ride of emotions throughout the movie — from pity to embarrassment — allowing you to empathize with the characters individually and as a bunch.

Robert Corddry (The Daily Show) plays the role of Lou, a divorced middle-aged man whose life doesn’t seem to have any direction at all.

John Cusack (Serendipity) is Adam, another futureless 40-ish something fella who was recently dumped.

Craig Robinson (The Office) is Nick, one-third of the group of pals, who works at a dog grooming shop who can’t seem to let go of his cheating and dominating wife because she is the only thing he has after everything else in his life went south.

Clark Duke (Kick-Ass) plays the role of Adam’s 20-something-year-old nephew, Jacob, who is somewhat the linchpin to this whole fiasco.

The movie follows the story about three men who are utterly disappointed in their present lives and how they were able to come to terms with how their lives turned out with no denials.

When Lou (Corddry) got into a non-suicidal-suicide attempt, Adam (Cusack) and Nick (Robinson) decide to all go on a trip to Kodiak Valley to relive the glory days of their youth in the ‘80s, taking with them Adam’s nephew, Jacob (Duke)

Upon getting there, they discover that the stomping grounds of their youth have turned out for the worse, just like they did. They still did their best to make the most of their time there only to get involved in a bizarre turnout of events that involves an ordinary thing such as those custom hot tubs you can get from Salt Lake City.

The boys spend their first evening partying in the hot tub as they did back in the day only to wake up to 1986.

Yep. As the title clearly states, their hot tub is a time machine.

Like all other time travel movies, the main concern is how to get back to the present day without messing things up in the past that could have adverse effects on the future.

This was a concept clearly reinforced by the mysterious repairman (Chevy Chase) who hints that if one little thing is changed, the whole system could go haywire. While he was obviously referring to the broken down tub, the parallel is pretty obvious.

Throughout the remainder of the movie, the cast tries to best to stick to whatever they did back in the winter of 1986 to avoid the butterfly effect, with Jacob constantly checking in on his uncle and his pals to make sure they don’t mess up or else, he won’t exist at all. 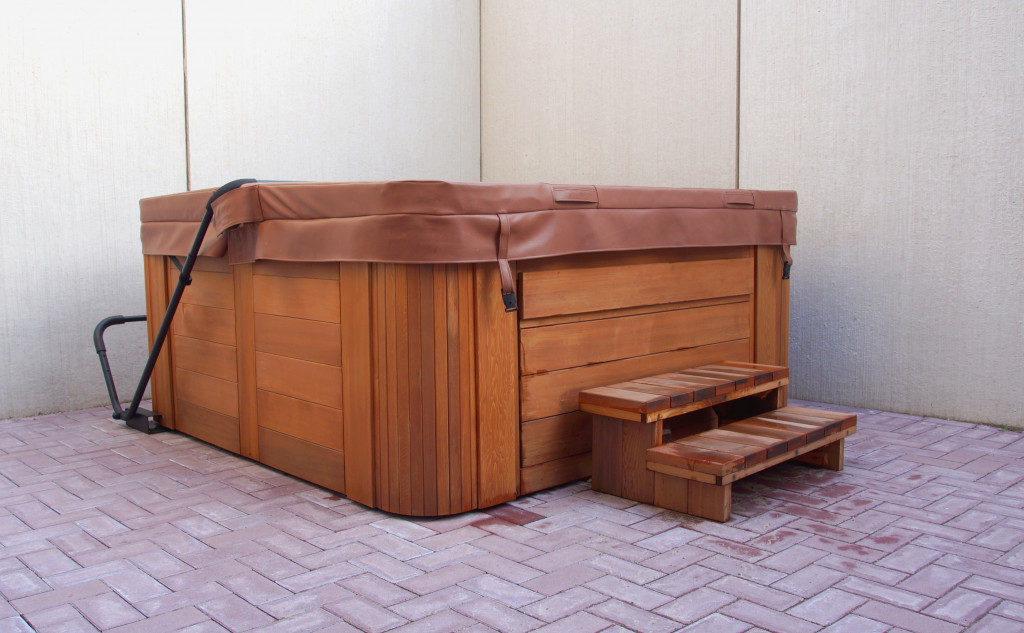 From there, a huge chunk of the movie is pretty much a nod to all the immature male shenanigans giving people a clearer insight of what goes on in the teenage male’s mind.

Cockiness and egotism play important roles here as much of this movie explore the consequences of selfish decisions. We have all four cast members trying to stick to what happened but eventually taking matters into their own hands to somehow change their dismal and disappointing futures.

It shows us that the decisions we make, even the smallest ones, will have a great impact on our future lives. And it was clearly shown in the movie where it took somewhat of a darker turn, unlike other time travel movies.

The cast members made the most of their return to time to slightly alter the circumstances — save for Lou — which completely changed their future lives. From their depressing and hopeless situations when the movie started, the movie concluded with a happy ending with all of them being successful in life, all thanks to their manipulation of the past.

The movie is far from perfect but it can still elicit some great laughs and a more introspective look at our journeys in life. The shoulda-woulda-couldas and how we have the power to build or break our future based on the decisions we make.