The Origins of Some of the Most Popular Wedding Rituals

When it comes to marriage proposals, the old-fashioned methods of doing things are becoming more prevalent than ever—think elaborate preparation and media platforms announcements. In a recent poll conducted by WeddingWire, 75% of partners admitted to getting down on one knee to propose, a practice that stretches back to the Medieval era and still holds true today.

As a wedding planner, an event industry professional, or someone curious about the underlying connotation of marital rituals, you’ll be glad to learn the fascinating origins of many popular wedding practices.

There isn’t a wrong time of year to be married. Based on geography and preferences, most couples make this decision independently. However, a 2017 Pinterest popularity research found that October and September are becoming more popular than the springtime months of June and May.

During Ancient Rome, June used to be the most prevalent month for marriages. The goddess of marriage was named Juno and was thus the inspiration for the name. A Roman proverb, saying those married in May will eventually feel sorrow, prompted Queen Victoria of England to prevent her offspring from tying the knot in this month.

A lot of wedding planners choose to book venues in less common months. January, February, and early March are good months to be married since they’re less crowded and are often less costly.

What’s the Story Behind Getting Down on One Knee?

The custom of kneeling in prayer undoubtedly dates back to Medieval times, even though its exact roots are unknown. Bending the knee was a gesture of respect and dedication amongst knights and nobles in a civilization where etiquette and nobility were the norms. As per the Engagement Ring Bible, proposing to a woman on one knee was the natural process for courteous gentlemen. Proposers worldwide continue to adopt the bended knee technique for their stunning engagement pictures. 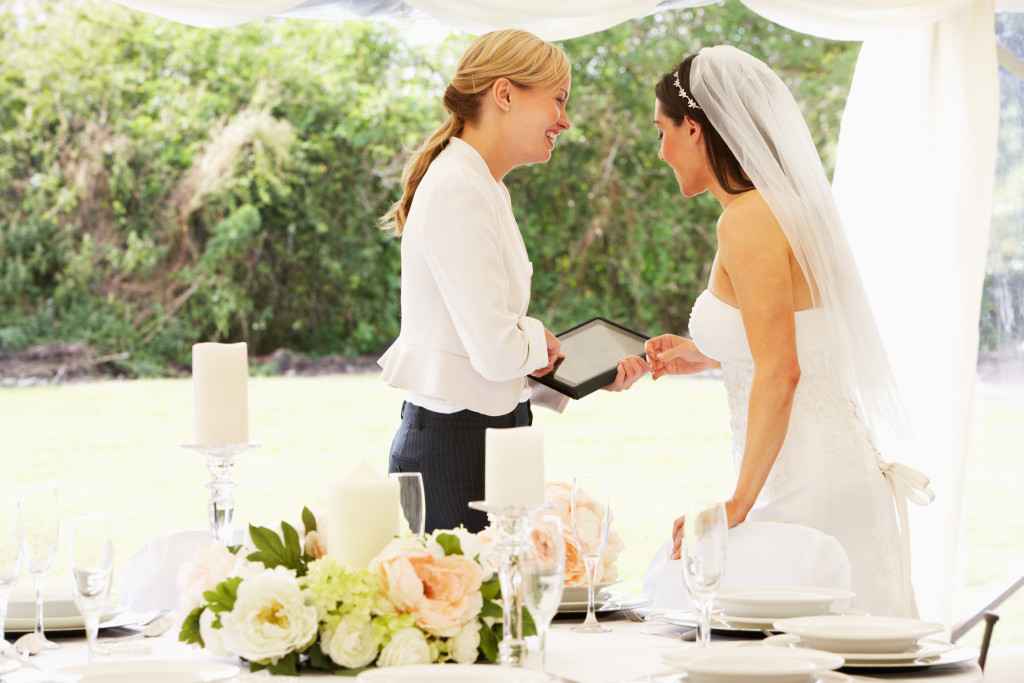 You can still find this ritual in modern society. According to folklore, bridal showers were first held in Holland. It was the dream of a young lady to wed a humble Dutch miller. The lady’s father declined to offer a dowry for the bride’s marriage because he did not think the young man worthy. When the village heard the story, they “showered” her with various household goods to provide enough to marry the miller. Folklore from throughout the world has adapted this tale.

Bridal showers today often happen a month or two before the wedding. Notwithstanding the couple’s financial situation, the events still take place. People can also have a variety of themed showers. Both women and men are welcome in a “Jack and Jill” or “co-ed” shower.

In Western countries, engagement rings are viewed as a symbol of a person’s desire to wed. You can trace back the origins of the engagement ring back to ancient Rome when men gave their soon-to-be-bride rings to wear privately and publicly. Moreover, the betrothal rites in the Middle Ages stated that the ring is a promise that neither of the couples should ever break, even if there were no documents to prove it, according to the Visigothic Code. Almost every proposal includes an engagement band with a diamond these days.

Queen Victoria of England was the first monarch to wear a white wedding gown. In the past, royals wore brocades to complement their attire, but this is no longer the case. She startled English society by wearing a white lace dress when she got married in 1840 to Prince Albert.

Most American brides still wear the traditional white wedding gown. However, it’s essential to note that the bridal dress varies significantly from culture to culture. In some Asian countries, white is associated with sadness, whereas red is associated with joy. It’s normal to see qipaos in various hues in the Chinese tradition, but red is the most popular. Crimson packets or envelopes of money are also commonly presented as a wedding gift. Weddings in South Asia are also known for their red and gold saris.

Asking for the Parent’s Blessing

People still value parents’ consent in about 70% of all proposals, which may surprise some would-be bridegrooms. Historically, marriage was viewed as a business transaction between families, and fathers often “owned” their daughters as brides. In our generation, many people consider that asking a father’s permission before getting married is an archaic custom that no longer applies. However, there are still those that see the process as a long-standing display of respect and ask both parents for their blessing.

Many of today’s wedding customs have their origins in ancient civilizations and faiths worldwide. Attending a wedding is a terrific way to see these traditions in action.