Should You Be Scared of Tetanus?

You’ve finally succeeded in having your home remodeled. Everything looks great, and you can’t wait to enjoy your new home—until you step on a rusty nail. Definitely, only one thing is running on your mind: will you get tetanus?

Contrary to popular belief, stepping on a rusty nail doesn’t immediately mean you will get tetanus. However, it can still be a cause of concern.

Tetanus is caused by the bacterium Clostridium tetani. It is commonly found in the soil, dust, and even intestines of animals and humans. The most usual places for tetanus-causing cuts are in the garden, on a farm, or in a woodshop. Specific medical procedures have also been known to cause tetanus, especially if performed in non-sterile environments.

The bacterium enters the body via a puncture wound or cut. Then, it releases toxins that severely weaken muscles—especially in the jaw (thus its mouth-locking reputation) and neck—as well as cause fever, sweating, headaches, convulsions, and the characteristic arching of the back seen in severe cases.

The incubation period is usually between two and 21 days, but it can be as short as three days or as long as 30 days.

It is rarely fatal, but about 30 percent die of general tetanus. Among those who recover, some have minor residual problems with their teeth or jaws. Others are left paralyzed. The diagnosis is usually clinical and confirmed by culturing bacteria from a wound.

Tetanus has been around for a long time, since the fifth century BC. However, it wasn’t until the 1800s that a more comprehensive study about the bacterium occurred. The discovery of the bacterium and how it affected the body involved injecting animal subjects with the pathogen from a diseased human.

Before vaccines became available, scientists produced anti-toxins using antibodies developed in horses. They then allowed this animal to bleed to collect these antibodies. Some of those who benefited significantly from this medicine were World War I soldiers and healthcare professionals who administered to their needs.

In the United States, about 30 cases of tetanus occur each year, mostly in people over age 30 who have not been vaccinated within the last ten years.

How Can You Avoid Getting Tetanus?

For many, nothing is scarier than dealing with tetanus. But it is manageable, preventable, and treatable as long as you pay attention.

1. Get the Cleaning Crew ASAP

One of the best ways to prevent tetanus is to call a home cleaning service as soon as possible. The workers they send can also quickly sanitize the area and make it safe for you to walk around.

Keep in mind, however, that not all cleaning companies can handle post-construction cleaning. Make sure you ask about their specialties.

Don’t wait until your wound starts to fester before you go to the doctor for a tetanus shot. Treatment with an anti-toxin will be much more effective if given soon after exposure. More importantly, it will provide immunity that can protect you from future infections.

You can receive a tetanus vaccine before or after the injury. If it’s pre-exposure prophylaxis, a physician can give it to children below 11 years old in different intervals: two, four, and six months; between 15 and 18 months; and 4 to 6 years old.

Pre-teens, meanwhile, need to receive it when they reach 11 to 12 years old. Those beyond this age can get their shots every ten years.

If it is post-exposure prophylaxis, the doctor should be able to administer the vaccine within 24 hours after the incident. Otherwise, the patient must receive it within 21 days, which is equivalent to the bacterium’s incubation period. 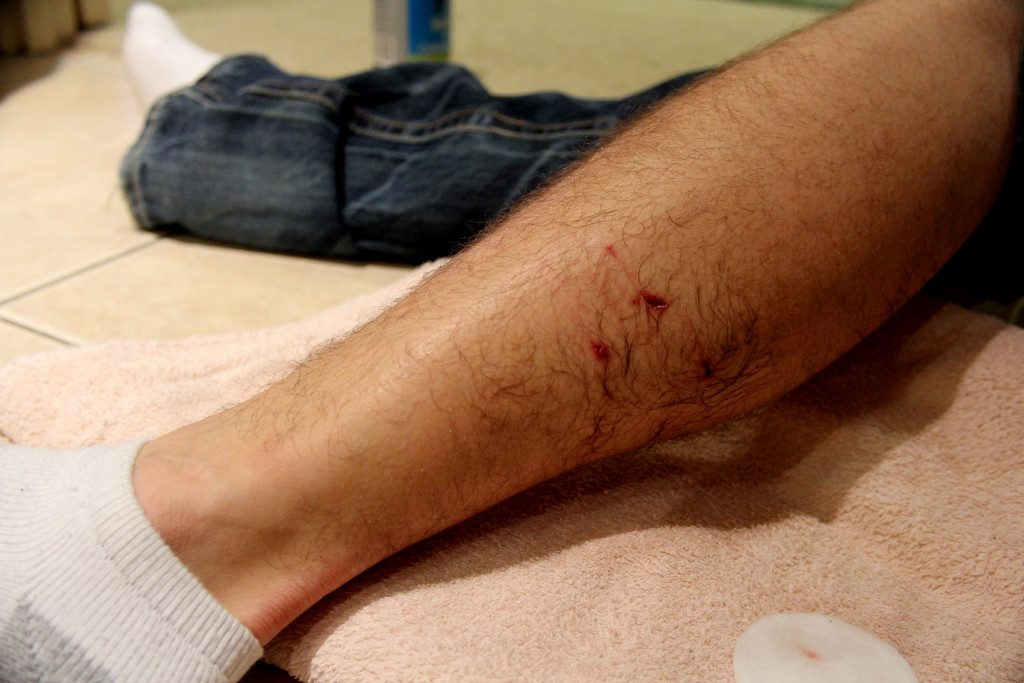 Do not ignore the wound. Even if you don’t get tetanus, other pathogens can still enter the body, causing an infection. If you stepped on a nail, clean the puncture immediately:

Note: Even if you clean the wound religiously, infections can still occur. Watch out for signs like redness, swelling, pain, and drainage.

Tetanus is a medical emergency that requires immediate treatment. With prompt care, the death rate can be as low as three percent, but it can reach up to 60 percent if untreated. Some of the treatments may include:

Practicing good hygiene can significantly minimize the odds of developing an infection, such as tetanus. Wash your hands with soap and water frequently, especially after touching or handling the wound, as well as before eating or preparing food.

Keep nails clean and short since germs can enter the body through hangnails and cuts. Do not use dirty or shared razors.

Tetanus is a serious but rare illness. However, you can prevent it by staying up-to-date on your vaccines, practicing good hygiene, and maintaining first aid skills. You can also lower your risk of contracting tetanus with proper wound management and cleaning after an injury.