Yes, You Can Still Get Skin Cancer Sitting Near a Window

Skin cancer is the leading type of cancer in the UK, and the numbers are sadly not decreasing. According to the British Skin Foundation, at least a hundred thousand people get diagnosed annually, and 2,500 will die.

The most insidious of them all, melanoma, could impact over 15,000 people every year. This makes it among the top five cancers in the country.

One of the best ways to prevent the risk of the disease, besides lathering the right amount of sunscreen, is education. Unfortunately, many people think that they can increase their risk only when they spend too much time in the outdoors.

In reality, the odds are still there even if they sit close to the window. In fact, this explains why experts suggest working with a window film company to help block out as much sunlight as possible.

The Different Rays of the Sun

To understand how this happens is to know the different rays of the sun. There are three of them: UVA, UVB, and UVC. They all vary in terms of their wavelength.

UVC is the shortest of them, and because of that, it doesn’t reach the earth since it gets blocked by the earth’s ozone layer. The other two, because of their wavelengths, can penetrate the planet.

Note, though, that some objects such as mercury lamps and welding may radiate UVC in the form of UVR. For this reason, the International Agency for Research on Cancer (IARC) has classified the radiation from these materials as carcinogenic. Moreover, welders are likely to develop skin cancer in various skin sites, affecting any skin type.

UVB can be intense depending on the season and time of day. It is the leading cause of sunburn and reddening of the skin, which can happen within 15 minutes of exposure. It can also damage the top layer of the skin and is closely linked to skin cancer.

The good news is materials such as glass can already help protect the skin from it since they can already absorb pretty much all of it.

Then there’s UVA. This has the longest wavelength, accounting for over 90 percent of what reaches the earth’s surface. It is the same radiation that is emitted by tanning beds.

This one can penetrate the second layer of the skin, contributing to premature wrinkling and aging. Worse, unlike UVB, it can also go through not only clouds but also glass. 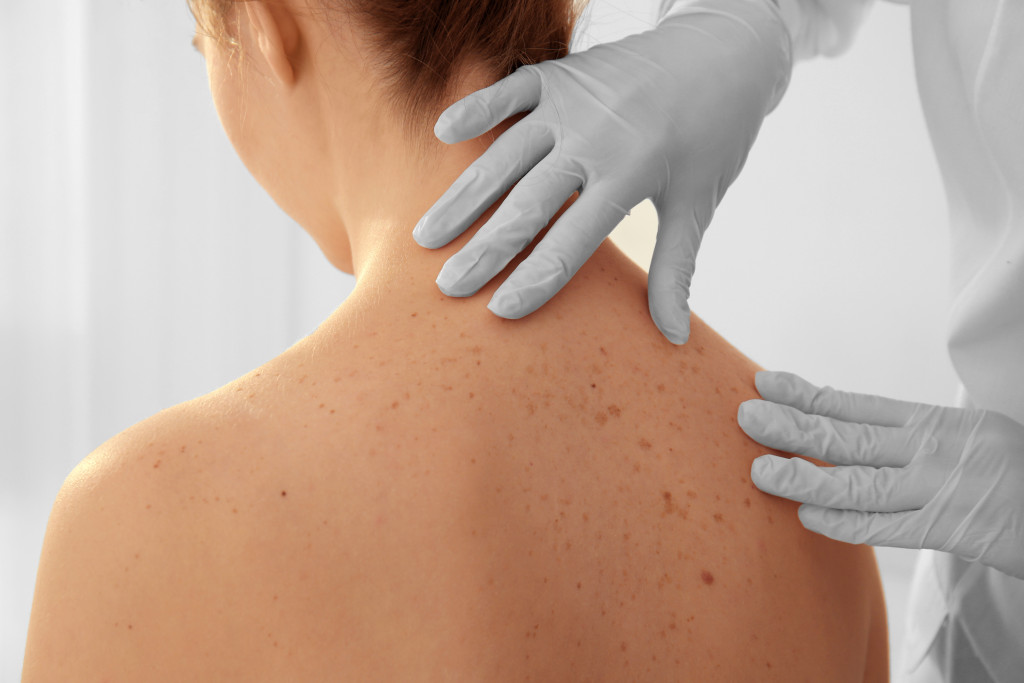 Although it’s UVB closely associated with skin cancer, UVA can still potentially cause skin cancer because it can damage the skin’s DNA. Some studies seem to suggest this.

In 2010, researchers from St. Louis University looked into the records of at least a thousand patients with skin cancer and found that the incidence of the condition was higher on the left side of the face than on the right side. They also learned that it occurred in both men and women, although the prevalence was higher in males.

These outcomes may be due to the following:

Another study, this time in JAMA Dermatology, showed that both pilots and flight attendants are twice as likely to develop melanoma than the general population. UT Southwestern Medical Center provides some theories.

First, it’s been established that the farther you are from the earth’s atmosphere, the more a person gets exposed to ultraviolet rays. In fact, flying for even just an hour at an altitude of 30,000 feet could already experience the same level of exposure to UVA radiation as lying on a tanning bed for 20 minutes.

Moreover, many members of the flight crew travel close to the equator or to tropical destinations, which means they are exposed to more of the sun’s rays.