Why People Are Afraid of Dying

Most people fear death. It’s primarily because humans tend to fear the unknown and death is the ultimate journey to uncharted seas. But, that’s not all that people are afraid of when death is nearby.

Though it’s not something we would like to talk about at the dinner table, if you’re at a Serenity hospice care facility, it would be helpful to face your fears.

Many individuals are more afraid of the pain they might feel when they come closer to death. It’s not surprising, especially if they have a loved one who died before them and went through agonizing pain, which often happens when someone is diagnosed with cancer.

If a person is dying of cancer, it can be extremely painful. But palliative care these days have improved so much that they can minimize the amount of pain significantly.

Another fear people have about dying is the thought that after they die, they will no longer exist. Like a bubble that will eventually pop, most people believe that’s their fate.

Unfortunately, no one has been able to prove that there is life after death. Even religious people fear that they might not exist after they die. But, if you focus on the fact that before you leave this world you have touched the lives of many people, you will still exist at least in their memories even long after you’re gone.

If you know someone who has this fear, what you can do is to ask them to confess and ask for forgiveness for the wrongs they have done. The mere act of asking for forgiveness can alleviate the fear of a person facing death.

It’s because all of us seek redemption for our misdeeds in some way. And this often becomes more intense when we feel that we’re close to expiring. The fear of being undeserving of an eternal reward like going to heaven is evident not only among religious people but atheists, as well.

Fear for the people we leave behind 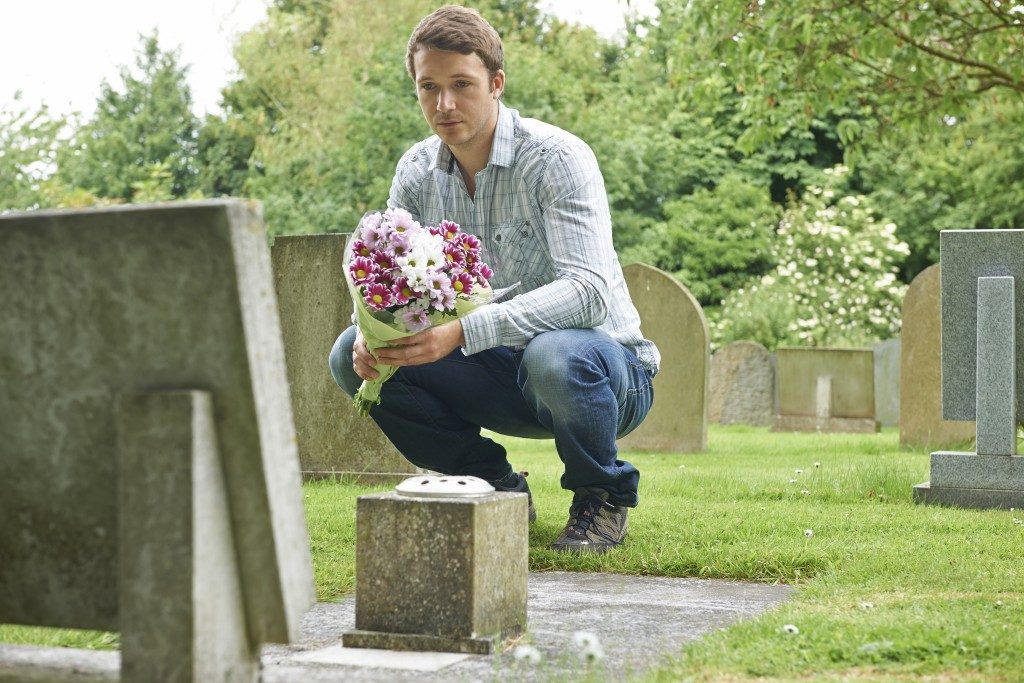 Some people fear death because they’re afraid of leaving behind the people they love. This is especially evident with parents who have young children. It’s because they know that their kids are still incapable of taking care of themselves and so, they’re afraid that something bad might happen to their little ones after they depart from this life.

However, even if a parent makes sure that the children they leave behind will be adequately sustained financially, there’s no guarantee that everything will be fine. Whether you like it or not, you need to leave it to fate that the kids you’ll leave behind will be okay. The most that you can do is to prepare them to face any hurdles in their lives with courage in their hearts.

If anyone you know is close to dying and afraid of the inevitable outcome, see if any of these is the thing they really fear. Perhaps you’ll be able to help them face their fears before they move onto the afterlife.